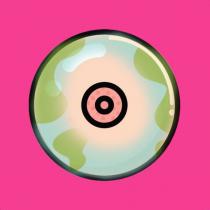 Washington, DC, Aug. 25 - The Gotopless event organizers are reporting at least 19 events in the USA and 40 events worldwide to be held on Saturday August 26 in honor of Women's Equality Day​.  Their goal is to request equal gender topless rights for men and women.

“The list of the cities where Gotopless rallies will take place is growing every year” said Nadine Gary, leader of the Worldwide Gotopless Movement and Raelian Guide. “ Each city brings its own color in the topless panorama. NYC​ will have the world's​ first topless marching band ever; participants in LA will have to cover their nipples as in Phoenix, Az, Chicago,Il and Duluth, Mn, cities where going​ topless is still banned.

​However, ​they will all bring their peaceful and joyful determination to be respected as a human being and not ​to ​be discriminated against because of the size of their breast​s.​”

“Our hope is to have millions joining our events in 2020 when we will celebrate the 100th anniversary of the 19th amendment” Gary said. “In 1920, women earned their right to vote on the basis of gender equality, the same constitutional principle must apply to the female chest, not only the politically correct areas of a woman’s life.”

The women gathered in Washington DC​, a legally topless city,​ on Saturday will have a special thought for the congresswomen who fought this year to have the right to attend sessions bare armed. “The female representatives of this country had to comply ​with​ archaic rules preventing them from​ showing​ the skin of their arms when in Congress until 2017. They won the right to wear sleeveless tops by unifying and defying. The thousands of women supporting the Gotopless movement are unifying and will defy again on Saturday and every year until they are granted equal topless rights”.