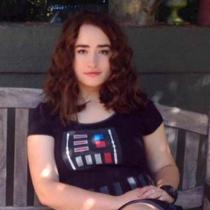 San Francisco, CA, Sept. 11 - GoTopless is thrilled to reveal that the ‘Topless Equality’ proposal submitted by Berkeley councilman, Kriss Worthington to be voted on Sept 12, is actually the initiative of a High School student in the Bay area.

“High School student, Simone was a Berkeley City Hall intern working for Worthington over the summer,” Nadine Gary, president of GoTopless explains “that is how she suggested the proposal to the councilman.  Worthington encourages his interns to write proposals on causes they are particularly drawn to."

“Gotopless commands this young woman on her determination for human equality, “ says Gary “her sense of civic duty far surpasses the one found in millions of Americans who already have voting privileges and are apathetic to social justice except for, perhaps, the occasional comment on social media.

GoTopless invites the public to come to Berkeley Council Chambers on Tuesday Sept 12 at 6pm to support the bill legally titled as Adopt an Ordinance Equalizing Nudity Laws in Berkeley Between All Genders by Decriminalizing the Display of Female Nipples”.