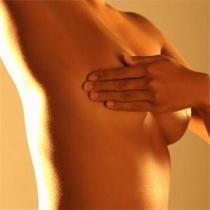 The following information is provided by www.legalfreedom.com

In 1992 New York's highest state court ruled that women could be topfree in public. Since 1992 women in the highly populous State of New York have enjoyed the right to bare their chests whenever men could do so. As one New York Justice wrote in his concurring opinion, "One of the most important purposes to be served by the equal protection clause is to ensure that 'public sensibilities' grounded in prejudice and unexamined sterotypes do not become enshrined as part of the official policy of government."

In 1995, 5 women went topless in the Columbus, OH Gay Pride parade, were arrested and later released. The charges were dropped one month later. Indeed, in the Ohio Law statute, breasts are not considered "private parts". Therefore, women exposing their breasts in public is not considered indecent exposure. In 1998, 3 of the women who had been arrested 3 years earlier, sued the city of Columbus for false arrest and won their case . They were paid $15,000 in total for damages. Since then, the police force is being educated not to arrest top free women but warns that if the site of a top free woman causes disturbance, they have the right to ask the topless woman to leave. Note that not all the cities in Ohio seem to honor this statute.

Below are 2 articles. One recounts the 1995 event in Columbus, OH. The other addresses the positive outcome on top free women's rights.

TO SOME, GOING TOPLESS IS A MATTER OF PRIDE BY Alice Cervantes

Ten years ago, as the 90-degree heat hung heavy on the backs of festivalgoers in Goodale Park, a lesbian punk band took the stage and somebody whispered in Monica Carroll's ear: "Hey, let's take our shirts off."

The gay-pride parade marched past, and Carroll and her college-age friends, who called themselves the Lesbian Avengers, stood watching.

Previously, at an Ohio State University graduation, the Avengers had brandished a banner that read "Dykes with degrees are hot." At the Statehouse, they had protested a Ku Klux Klan rally. Staging "actions" was their thing. But on this day, they were just feeling hot, and not at all bothered. So they took off their tops and joined the march, keeping them off all the way Downtown to the parade's end in Bicentennial Park. "It was the perfect setting to do it because, during the march, it's a really safe feeling. You can pretty much do whatever you want and be whoever you are," Carroll said.

Spectators cheered. Police got nervous. One of the daring women started arguing with a police officer who threatened to arrest her. By then, the women had put their shirts back on. But they decided to remove them again as a show of solidarity. Five of the women were handcuffed, charged with public indecency and jailed.

A month later, charges were dropped at the request of the city prosecutor. The breast arrests were Columbus' Stonewall Riot: a moment where gays boldly

challenged the cultural norm and won. It has been considered legal for women to go topless in the city ever since. "While most women I know would not like to take their tops off in public, they also prefer to have the same freedoms as men," said James McNamara, a lawyer who represented "the topless five." "At the time, there was a lot of (legal) precedent saying that, in spite of traditional modesty levels, that's just not fair to the females." Not that many exercise the right.

"It's not something we see a lot of," said Columbus police spokeswoman Sherry Mercurio. The State Highway Patrol, which monitors protests and marches at the Statehouse, also hasn't seen many topless women, said spokeswoman Sgt. Stephanie Norman.

Although the patrol wouldn't, and hasn't, cited any women for going topless since the parade arrests, Norman cautioned women to be careful if they do.

"If it causes a disturbance, if it's causing a large group to form, or if people are getting out of hand because of it, we do have the right to ask

people to leave," she said. Several women marched topless during the pride parade yesterday. There were no problems.

Carroll now is a librarian, and the Lesbian Avengers have disbanded and scattered. She doesn't go topless as a practice -- she wouldn't garden

topless, for example -- but has walked around without a shirt or bra at other gay-pride parades since the one a decade ago. She says going topless

THEY ARE PUBLIC PARTS

Better to be safe than sorry. At least that's what Columbus police officers are being told. They've been instructed not to arrest anyone for exposing breasts in public. Hamilton County courts have ruled that ''breasts are not private parts,'' as far as the state's public-indecency laws are concerned.

Franklin County courts have yet to consider the issue. But this year, the city settled a lawsuit with three women who were arrested for doing that very thing at the 1996 Gay Pride parade. The cost - $5,000 per woman. ''So we're training officers that breasts are not private parts, and if people want to strut around with their bosoms out, so be it,'' said Kelly Castle, legal adviser to the Police Division. Apparently, the word has gotten out. There were more than 65 women last month at this year's parade who went topless - and not a single arrest.

In 1996 the Province of Ontario, Canada's most populous provice, became legally topfree due to a criminal court challenge by Gwen Jacob. Because the highest court in Ontario was interpreting a Canadian federal law, this case has set an important precedent for all of the other provinces in Canada. Attempts to change the law to re-criminalize women have not been supported by Canadian voters.

As a result of the Gwen Jacob victory, women throughout other provinces in Canada have challenged local and federal laws seeking to criminalize the female breast. A Canadian professor has organized the Topfree Equal Rights Association (T.E.R.A.) to help these cases and to educate the world about topfree rights in Canada. Tune in and see what's happening up north!

In 1998 in Moscow Idaho, charges of indecent exposure were dismissed against three women who were arrested for baring their breasts in Moscow, Idaho. On a hot summer day in 1998, 8 young adults were walking down the streets of Moscow, Idaho, without shirts. 3 of them were women. Your guess which 3 got arrested. They were charged with indecent exposure.

The judge's comments about his ruling are notable. He stated (this is not verbatim) that: (1) the existing local ordinance dealing with indecency was too vague, (2) that there was a state law banning the public exposure of genitals, but chests are not genitals, and (3) even if they were, he could not enforce such a law because it would be blatantly discriminatory.

Sounding a familiar theme of political challenge through civil disobedience, one of the defendants, Natalie Shapiro, stated, "We need to challenge unjust laws by peacefully breaking them. That generates attention and controversy and makes people think about why those laws exist in the first place." Although the City Council proposed a new ordinance to criminalize female breasts, the female Council members opposing the new ordinance outnumbered the male Council members in favor. Thus Moscow, Idaho remains legally topfree for women.

In 1998 a Maine woman who had been mowing her lawn without a shirt for three summers faced the threat of police action when a neighbor complained. However, Maine state law does not criminalize female breasts. When the neighbor put a law on the ballot to criminalize topfree women, town voters rejected it. Moreover, the citizens bought thousands of "Topfree Lawnmower's Assocation" t-shirts to show their support.

On Feb 25, 1985, in North Lido Beach,  Sarasota FL,  Genie O'Brien was arrested while challenging a new anti topless and anti nudity ordinance. Initially her legal challenge was successful in court and the ordinance was struck down for being overly vague. So the beach remained topless until the end of 1986 when the City of Sarasota passed an ordinance with wording that had already been upheld by the Florida Supreme Court..